Many people know, that now I have the second Saab in my life.
10 years ago I got my 900 SE, which died occasionally on a deserted wide road in 5:00 morning. It is a sad and wonderful story. It caught up a snowblower. А lot of nice stories are connected with this car.
Then I bought current 9-5 and it serves me for about 5 years already. I am a kind of real fan of Saab cars. I like it geekness and connection with airplanes, which is also proving geek value.

I found also, that it is not only me, who love Saabs, but also some of my favorite writers.

Ian Banks in one of his books tells about Saab car 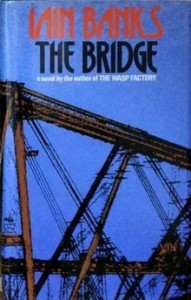 He sold the Porsche and brough a new Saab Turbo. 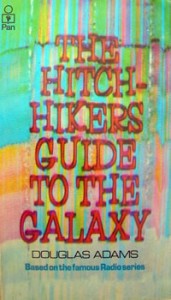 A Renault drove by…
A Fiat passed and did exactly the same as the Renault…
A Maxi passed on the other part of the road…
A Ford Cortina passed and put on its brakes. … but at the last moment the Cortina span its wheels in the wet and careered off up the road rather amusingly.
A Saab drew to a holt beside him.
…
The Saab seethed off into the night. Arthur watched it go, as stunned as a man might be who, having believed himself to be totally blind for five years, suddenly discovers that he had merely been wearing too large a hat.

The Hitchhiker’s Guide to the Galaxy volume 4

I wonder if there are more books with Saab as a character.