Is is already passed half a year, since I started developing Jewish calendar app for Android “Simple Luach”
Total downloads reached number 6756 (01.03.2013) and active users – 4033.

So, I decided to analyse a little the statistics of users. This might be interesting for Android developers. I will analyse only active users.
The most useful is information of Android OS version. 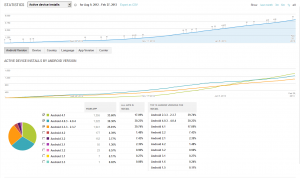 As you see the majority of users have Android 4+ on their devices. But 1/4 of users are still working on 2.3+ Androids.
Actually, I, personally, also have HTC Desire with 2.3.3 Android. And do not know when I am going to change my device to a newer one.
This information means, that developers should think about backward compatibility for a pretty long time. I dropped support of Android less than 2.1, because numbers there are very low and much of funtionality do not work on older Android versions.

Next interesting data is trend of devices. 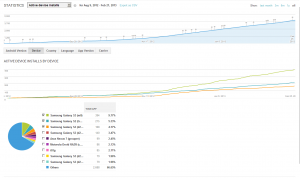 Countries and devices languages are interesting from the point of view of spreading the app in the world. 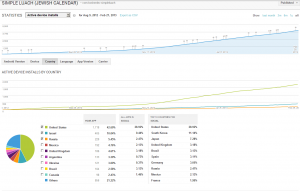 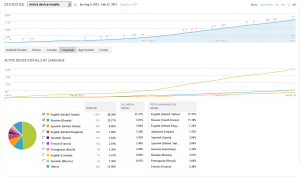 I am really wondered that so many Spanish and Portugeese speakers are getting the app. Also, many of then reside in USA.

In general, I see that app installation grows pretty fast. At this moment everyday installation number is on about 70 devices.

As usual, you can get the app from here Simple Luach
of using QR code reader 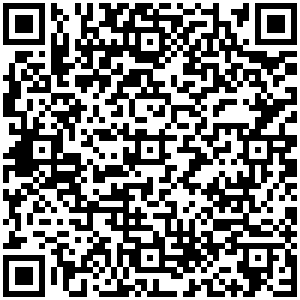